(I co-authored this with Dr. David Pennington. The article appeared in the Adventist Review in 2004)

Kline:
Surendra’s is a typical Nepali family—Every day his parents leave home before dawn to work in the fields till dusk; His brother, Suman, and he are left alone at home. Surendra was only 3 months old when his life ended in so many ways.

Baby Surendra and Suman slept bundled together. In the darkness of early morning, Suman awoke to use the outhouse. Unaware that one end of the blanket was tucked in his shorts, he swaggered between the bed and kerosene lamp. In less time than it takes to strike a match, the lamp tipped over and the fire travelled up the blanket and wrapped itself around Surendra’s leg. Suman pulled at the blanket to save his brother, but the fire was faster than the boy. Melting wool and flesh together, the fire won taking Surendra’s future as a trophy.

The village clinic could do nothing. Slowly and painfully, over many months, Surendra’s burns healed, but his leg was deeply scarred and his toes fused together and bent upwards onto the top of his foot.

There are many like Surendra, but there are no methods in place to know how many because 1. People accept the cards life deals with a Ke Garne attitude (What to do?) 2. The labyrinth of mountain villages are connected to main roads only by days of walking, making it impossible to transport burn patients. 3. There is no referral system between villages and hospitals.

A walk through a village will reveal the grotesque “bodies” scurrying along the sidelines—beautiful people trapped in ugly contractures of tissue and bone. Thousands need surgery—not to make them beautiful again, but to give back their life and livelihood.

Nepal has only three hospitals and 18 beds that offer reconstructive burn surgery to its population of 25 million. Scheer Memorial Hospital saw this as an opportunity for Christian compassion where proselytizing can put you in jail. Charles Sharpe (Head, ADRA Nepal Cleft Lip Palate) identified David Pennington for this pilot program. Head of Plastic Surgery, Prince Alfred Hospital, Sydney, Australia, Pennington is world-renowned (the first to reaffix an ear) and an Adventist with a heart for missions. He arrived in March 2004 with Melissa Goman, a specialty nurse. But what he expected was not what he experienced.

Pennington:
I came expecting to offer my expertise and change lives. What I didn’t expect was the change in my life and perspective!

Melissa and I were overwhelmed with emotion at the line of 40 deformed people wearing big smiles—people who had suffered without even the simplest medication. As a physician I understood their indescribable the pain–how slowly they had healed, how being crippled handicapped them! It was more than about how they looked; it was about being too mangled to eek out a living! (A woman reaped a field with one normal arm and the other so disfigured only one finger poked out of her shoulder.)

The severe contractures were a surgical challenge needing a wide range of plastic surgical maneuvers, including complex skin flap and graft repairs. (I released Surendra’s contracted toes, leaving a large raw patch. Then his foot was sutured to a v-shaped flap of skin on his thigh, leaving one end still attached. The flap on the thigh covered the exposed tissue of his foot. Initially the blood supply of this tissue came from the thigh.  Surendra’s foot was attached to his thigh for 3 weeks. The flap then had its own blood supply from the foot, and could be safely separated from the thigh, leaving a soft patch of skin on his foot)

A Christian’s raison d’etre is service to God and man. For a fourth generation Adventist like me, it is easy to linger in the “comfort zone”… go to church, study the Bible, give an offering. But God uses experiences like mine in Nepal to challenge our lukewarmness.

Before my stay ended I made a commitment to return with more surgeons! Australia and Nepal have the same population; but where Australia has 250 plastic surgeons, Nepal has only 12. Moreover, 80% of plastic surgery in Nepal is either cleft lips and palates or burn-scar contractures—not cosmetic! The need is unimaginable!

People starving or in pain get little solace from a sermon. We must first feed, heal, befriend . . . none of which are illegal anywhere!

Victims like Surendra simply accept their fate. But it’s a new beginning when someone takes the time to trek days to a village to tell the people to gather the maimed for there is hope through a people who love Jesus.

With Surendra there were others: children whose fingers were stuck together; a mother whose arm was plastered to her side; a teenager whose breast was affixed to her groin; a young man whose chin was connected to his chest. Three weeks later: the children wriggled their fingers and waved; the mother held her child; the teenager smiled shyly knowing she was feminine again; and the young man held his head up and smiled!

A few days after his foot was released from his thigh, Surendra dropped his foot into a plastic bag and tied the “handles” around his ankle. His family cheered as he flexed his new toes and took his first step into his new life. Dr. Pennington had long since gone but his reflection of Jesus will be remembered with every step Surendra takes. 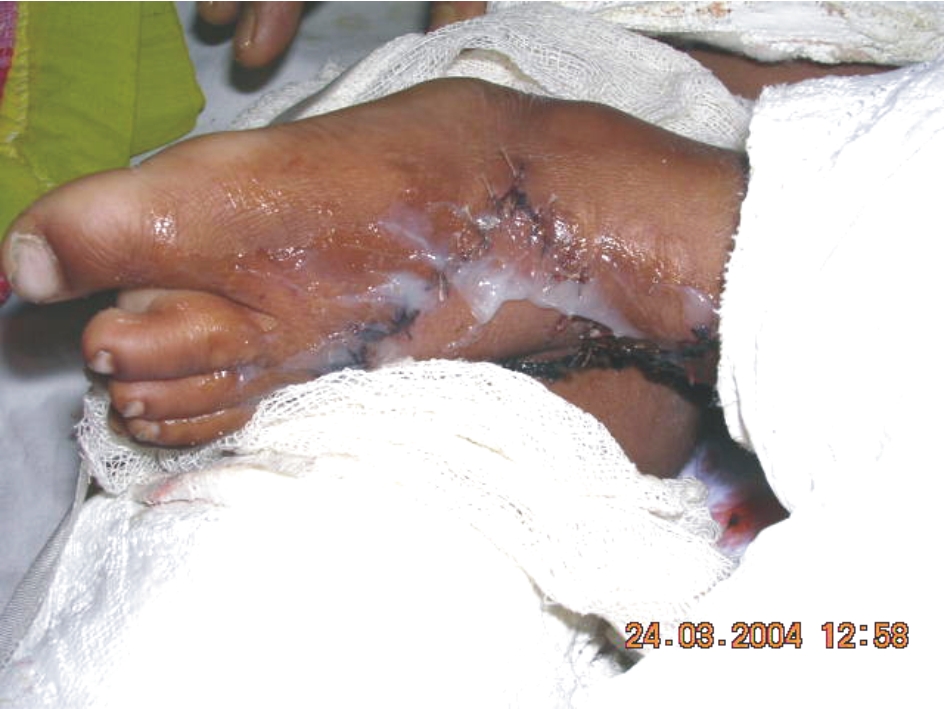 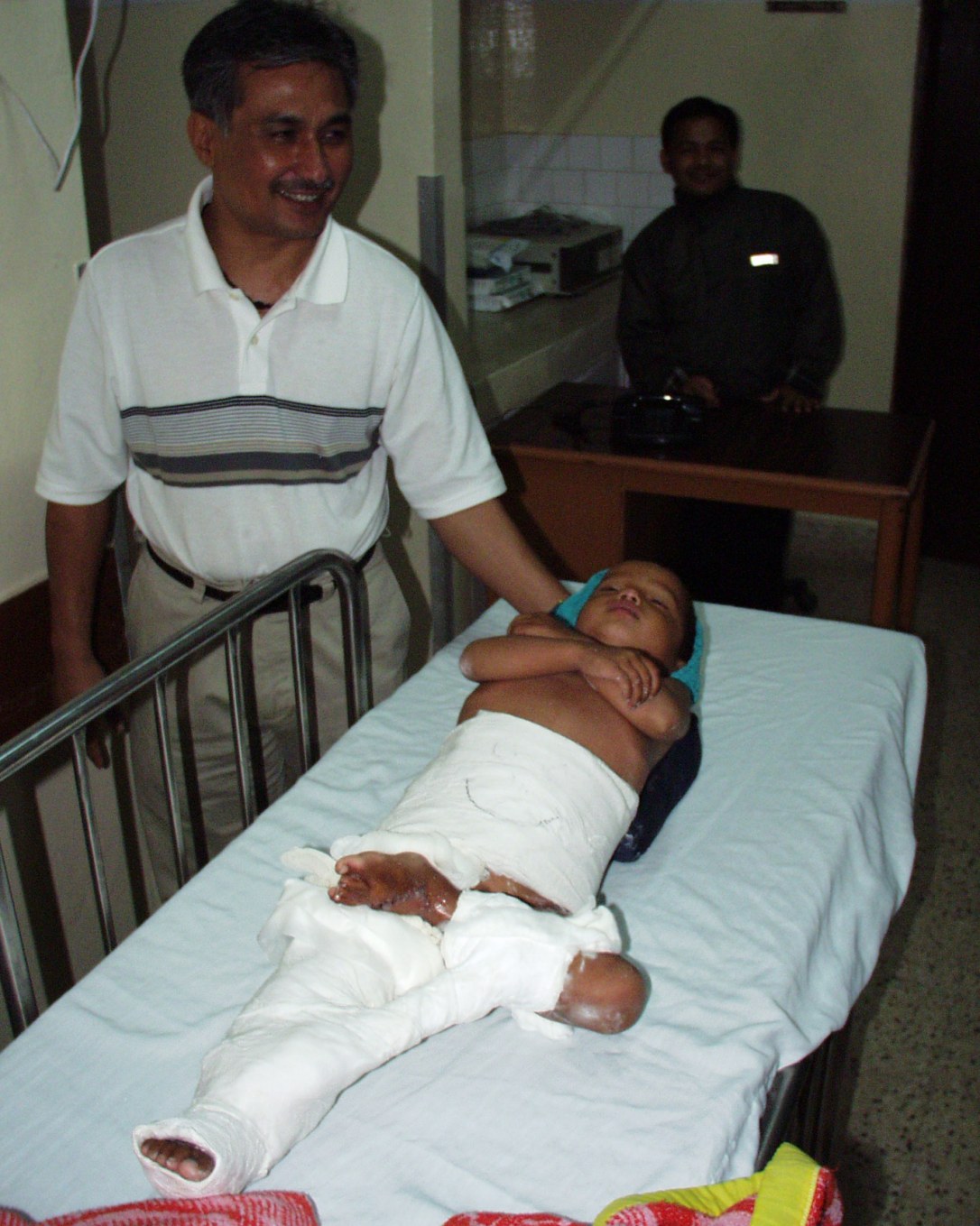 This site uses Akismet to reduce spam. Learn how your comment data is processed.

No matter your day—good, really bad, or somewhere in between—you’ll feel infinitely better reading the story of God waiting for His lost child. #prodigalson #parables #GodIsLove #BibleVerse
I love this quote from the book God’s Love. Click on the link in the bio for the book. (No, this is not a sponsored promo😉)
This devotional needs a Bible text. Which one do you suggest?
#TextsThatMakeMeChuckle #quotes #BibleTexts #TodaysThought
The Israelites had a major case of the are-we-there-yet: The journey was long, the scenery boring. They were tired of eating the same fast food from heaven every day, of sleeping in the same dusty tent every night. And so they did what we all would do. They complained: They complained to one another, they complained to Moses, they complained to God (Ps 78:19).
Here is how Micah 7 begins. Do you sometimes feel like this?
Loading Comments...
Comment
×
%d bloggers like this: